Metamagazine ArticlesThis was written on my final night in the family cabin in Heijlsminde, Danmark where we have been the first two weeks of july 2009. 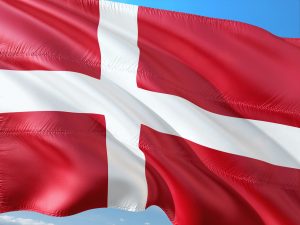 There is no Internet-connection here so I used my iPhone for checking my mail once a day for urgent messages. The mobile phone and dataconnection on the Telia DK telephone network is expensive (€ 2 / MB) so I had my iPhone in flightmode most of the time. Unfortunately, almost all but a few iPhone apps (38 items) need to be upgraded for OS3 and this needs to be downloaded. Some apps require a fast WiFi connection and iTunes connected to the Internet. I tried to download and upgrade apps when I found an open WiFi network in a shopping street in Fredericia. Since my wife and kids were walking ahead I finally had to catch up and loose the connection (I could upgrade 3 non-essential apps). A Danish student told me most McDonalds supposedly have WiFi hotspots but the two restaurants I visited had none.

Maybe If I really set my mind to it I would have been able to localize an open wifi network but I choose not to. No Twitter, no news, no downloads, no TV (there were 3 Danish free to Air channels). I did not even miss Twitter, even though I still get followers (Why if I’m not posting twits at all?)

As a precaution I was advised not to use Twitter during my vacation since this could alert unwanted visitors. Does anybody have experience with this?

We drove by large parts of the famous Marguerite route in Danmark which gives a good impression of the beautiful Danish scenery (just follow the flower on the boards).

We visited Legoland Billund two days which was fun for the kids. I had a personal record of waiting 40 minutes in line for hotdogs. Fransk hotdogs seem to be the favourite fastfood snack here (being a round bread with a hole in it for the sauce and hotdog. (Traditional hotdogs are ‘risted’ with dry baked onions). Also we had our first lakritz (licorice / drop) salty icecream, probably a variation of the famous Smorredrop. The Danish bread and sweet bakery products are really a specialty. Every supermarket and most gasstations have a large selection of freshly baked Danish products. We have seen second hand shops in almost every town or city we visited. Sales of used products seems to be more common in Danmark than in the Netherlands given the many second-hand shops and flea markets we have seen.

We visited Kolding on several days with its large swimming & wellness center. The last thursday we went to the Legepark in Kolding with the kids. This park is build and run by unemployed (according to the brochure) and is free to visit. There is a large playground with moonbikes, a pond with rowingboats and waterbikes. We played minigolf and my daughter wanted to play chess with large pieces (I need to teach her the rules of the game first). I highly recommend the Kolding Legepark if you want a relaxed afternoon with your kids. Earlier this week we had a tour to Ribe, climbed the stairs of the Church to the top. Esbjerg city center and Harbour. We went to Haderslev, Fredericia with a waterstream running through the streets, Vejle, Odense with the large railway museum and Fyns Hoved (the top of the island) with the beautiful scenery and many Rocks.

On our way home we visited Tonder where they just had a cultural festival where people were dressed up for in antique clothing. We made a carriage horse-ride with our family. We waited 3 hours at the Elbefahre (boat) but we had a good vacation in Danmark.